Spring 2016 saw the inauguration of a new FOL program targeting Moms and Tots.  Story Time library programs are nothing new. The idea is to start a very young child on the path to a love of reading and also develop skills of listening, asking questions, taking turns and other important skills required by the time they enter school.  Rosarito libraries have had such programs, but not as many as one might hope… and the space to house them has often been less than ideal.

Spearheading the program were Judy Gage and Nina Aronzon.  Visiting Octavio Paz library to see the space where they might house the pilot for the program, they found a room that was more  a storage space than a reading room. Not limiting themselves to a minor cleanup, Judy and Nina, along with their  husbands Ray Ego and Karl Rizzo, proceeded to totally transform the space - as you can see from the “before” and “after” photos. With limited funds from FOL along with their own donated money and labor, the foursome spent a couple of weekends to work their magic on the room.

So... when Story Time began in May, the Moms and Tots were greeted with not just a “clean well-lighted space,” but an inviting place full of fun images and a special Reading Corner.
Judy and Nina designed the program in consultation with Rosarito’s head librarian and Grupo Inicial de Educacion no Escolarizada (Early Childhood Education group or "schools without walls"). This group of  promotoras  (or “promoters” as they’re called because they promote early education in the community) implemented the program with FOL.

The program ran for an hour to an hour-and-a half on 6 Friday mornings. Each week one of the mothers read to the tots and then continued with an activity around what they had just read, including drawing, dancing, and songs. The children had the opportunity to borrow a book from a special small “lending library” at the end of each session. When they returned it the following week, each child earned a gold star. Three gold stars earned  a book to take home and keep! A fun and rewarding way to learn how a lending library works (not always a familiar concept here in Mexico). ​ 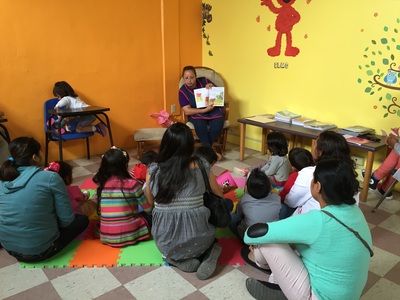 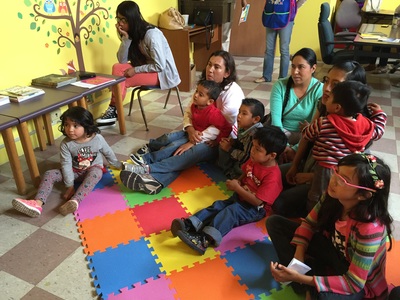 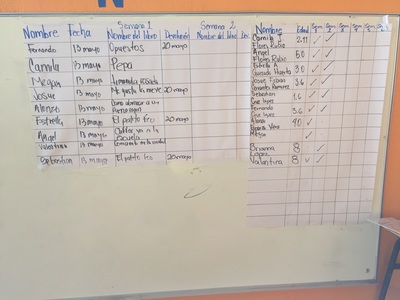 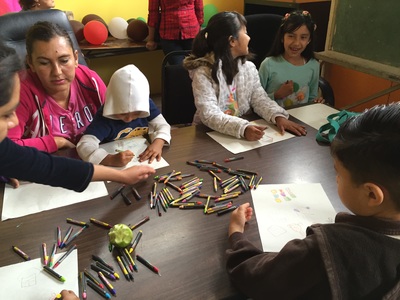 The program is built around quality children’s classics, in Spanish of course, such as Maurice Sendak’s Where the Wild Things Are. Books purchased for the program become part of the permanent library collection.

As one researcher concluded “Public library story times are so much more than just the reading of books.  They are the planting of seeds for lifelong learning, the awakening of imagination, and the widening of mind and spirit.” And volunteers, even without Spanish language skills, can help make it happen here in Rosarito.

This pilot program will be replicated in other library branches.